Start typing and press
Enter to search
Skip to content

An actress of 42 is romancing an actor of 33! Isn’t it something we come across quite rarely in Bollywood? And even if we do, the movie is either an “artistic” one or it’s not shown in a very conventional manner like other b-town movies depict. In short we’ve never had an out and out commercial masala entertainer with this “older woman-young man” element before. Contrary to this, Karan Johar’s next directorial venture ‘Ae dil hai mushkil'(ADHM) shows our very own beauty queen Aishwarya Rai Bacchan romancing our youth icon Ranbir Kapoor. The sizzling chemistry between Mrs Bacchan and Mr Kapoor is ready to break the stereotype that tells us that only a 50 plus male actor can romance a lady who’s in her 20s or even less than that. It’s not just the romance but also the passionate intimacy between them which is worth noticing as married actresses are always forbidden to show such intimacy on screen. 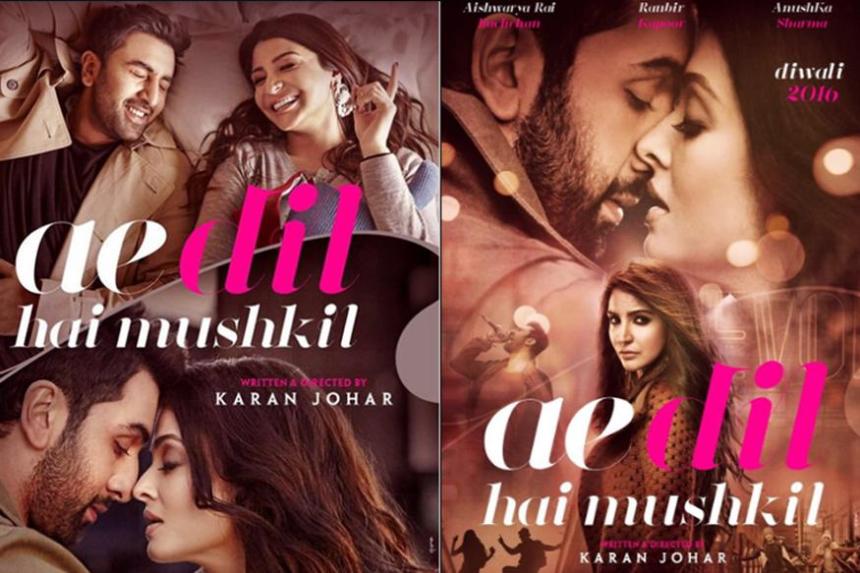 Now it’s not just that. Coming out of the reel world of cinema, it’s a kind of taboo for a man to have an affair with an older woman and vice versa in our society. Even if it’s been shown in the movies, the movies are either rejected by the audiences or it’s shown as illicit or a part of infidelity. But with this movie, I can’t see people even raising that point of age gap between the lead pair. In fact the pairing seems to be extremely fresh to us all. The hype and craze of the movie shows that audience is more than  just ready to accept the lead pair ignoring the age factor which has been hitherto a very important aspect of our movies. If it’s not the changed perspective of our society on relationships then what else is this!
Also, it seems that this movie will touch more mature issues as seen in the teaser how four people and their lives are intertwined with each other. Keeping in mind all these aspects it is very much clear that we are evolving and so is our Bollywood which is seen as the mirror of our society. Showing such mature overtone in the movie proves that our society is growing up and accepting the fact that relationships are much more than age or other such factors.
Well that’s not a very astonishing fact actually as it’s a Kjo movie and he’s known to break stereotypes in Bollywood be it making a movie on terrorism like My name is khan, or on homosexuality like Dostana or Kapoor&sons. So kudos to Kjo and let’s just wait for ADHM to witness how many other stereotypes are ready to be broken in terms of relationships and their depth. Till then enjoy the beautiful heart touching soulful music of the movie and have fun. 😉😉😉

Howdy and welcome!!! I am shekhar srivastava and I am a writer. From travelogues to movie reviews, recent news to philosophical or spiritual writing I love writing on all these subjects. I hope you all readers will like my writing and appreciate it. Thank You!